A computer processes information only in the form of numeric discrete units. An ordinary photograph can be considered as an analog representation of a scene , where information is recorded as a continuous stream of tones and colors.
To switch between a representation of this type in a digital image, those dots must be converted to into what might be called a mosaic of pixels, where the brightness of each one matches the brightness of the corresponding analog representation area.
The word pixel is short for picture element which is the smallest element of an electronic image. This can be compared, within certain limits, to grains of photographic emulsion.

A pixel is basically a tiny light-sensitive metallic element, that reacts in the presence of light, generating an electrical signal. Associating a number to each of these signals, it becomes possible to reconstruct, using a computer, a digital image. To "scan" an image were used tools such as scanners, video cameras, fully digital cameras and analog cameras by the application of a digital back . 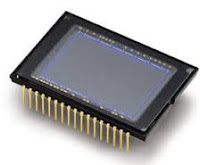 All of these commonly used equipment adopted a CCD (Chargle Coupled Device) which was a collection of pixels kept together to form a square or rectangular plate (matrix CCD) or aligned to each other (linear CCD).

Matrix CCD-based machines were quite widespread and almost all digital cameras adopted that kind of sensor. However, it was not possible to build industrially large "plates", due to the very high prices and the quality of the images obtained was just OK and definitely not comparable to that of a traditional photographic film. . 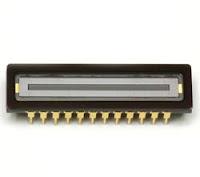 There were some important differences, beyond disposition of pixels of a CCD array and one linear. If the first recorded the entire image in a split second, just as he would a photographic film, the second used a scan in method line after line.
This system allowed to obtain high-quality images , because you could have very long linear CCD (up to 10000 pixels) but, on the other hand, it was not possible to shoot subjects in motion as data acquisition times were very long.
Digital Photography History