- May 30, 2016
The art of painting accepted the new role played by photography in scope for the expression and communication through pictures, such as the cinema has had to revise its ways of “story telling” by establishing new originality than television.
Similarly, we might say, the “traditional photography” had to accept the advent of the new digital dimension, gaining technologically and aesthetically as the limits of expressive possibilities of photography have moved forward and not a little in the context of communication.
At the same time as the advent of digital technology, in the universe of photographic representation, developed a lively debate between the proponents of “new” and the defenders of tradition. Some professionals considered digital photography as a simple fashion, borrowed from other industries and destined to run out quickly.
Others refused or ignored it, fearing that it may intervene negatively on “purity” of the photographic image. 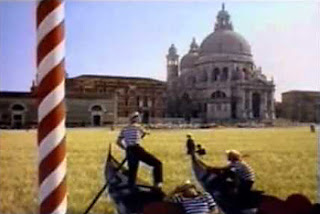 Digital technology has, in fact, caught on in many areas of information and communication and this was evidenced by the proliferation of digital image treatment, as in many audiovisual products available. An example was the commercial advertising Barilla, with its lush green lawns in San Marco square.
From many points of view, photography was lagging compared to cinema or television in the adoption of digital technologies, even if in the market, especially for some time, there were many professional digital cameras,

In the professional sector, many problems arose towards the protection of the work of the photographer. A digital image is vastly more manipulable, for example, than a negative and, therefore, easier to use by unauthorized persons.
A Professional photographer should, in any way, safeguard the value of the investment.
Very expensive electronic equipment such as computer and software, evolve to a awesome speed and what today you can buy for ten, tomorrow will be worth one, because the placing on the market of a more modern depreciate the previous one.
Learn how to use the equipment is as well as an economic investment, also a considerable effort, for any person, professional and not, that in any case, can still rely on a traditional Photo booming market.
Digital Photography History